Welcome to the third edition of the Community Foods Ingredients Newsletter.  In this edition we focus on nuts.

We hope these insights prove useful but please get in touch with any questions or requirements you may have.

Last week was quite a major one in California regarding almonds.

On Tuesday we saw the release of the April shipment numbers. The almond industry shipped 249.9 million lbs during the month, an increase against April ‘20 of 37.9%. Crop receipts were recorded at 3.098 billion lbs. (Forecast was for 3 billion and we’ll cover this later.) Forward commitments - sales that have been registered to be shipped from the current crop in the 2020/21 marketing year - were up 45%. The industry has now sold 97.3% of the record crop, if we include the carry-in from 2020 it is 84.7% sold.

Quite impressive numbers, and the market for the current crop remained stable/firm with Carmel Type Supreme. Nonpareil stocks are reducing and a gap is now opening between this variety and Carmels.

New crop (September onwards) on the other hand has been trading at a premium to these levels by roughly 10%. The new crop market has traded higher due to:

1. Terra Nova crop estimate released early in April which suggested that the 2021 crop would be 2.8 billion lbs, a reduction against this year of 10%.

2. Concerns about drought and increased water costs. These are real. California has suffered water issues for the past two years and this winter failed to deliver the snow to the sierra mountain range that is required to the reservoirs top up during the summer. Rain fall has been minimal and the reservoirs are at dangerously low levels.

Wednesday we saw a huge curve ball being thrown. NASS (National Agricultural statistics service) released its subjective estimate at 3.2 billion lbs. Up on last year’s crop by roughly 3%. Nobody saw this coming and it will take a few days for the numbers to sink in.

NASS, over the past four years or so, have been reasonably accurate with their subjective estimate. It is based on a telephone survey with a number of growers (small and large, and the same ones are not used each year) that are spread throughout the central valley. Based on the information it receives, it combines all the yield estimates and extrapolates the numbers which are then reported as the subjective estimate.

Packers are now reporting that they are not receiving any grower support to sell 2021 crop, as they believe that the number is on the high side and don’t want to believe it. Many of the larger growers that can afford to sit things out will now do so until the objective estimate is released on 12th July. If you go back two years the objective was released as a very low number and caused a huge spike in pricing; growers will hope for a lower number so they can try and push pricing up.

Regrettably the true size of the crop will not be known until December '21/January '22, once all the nuts have been harvested.

The Vietnamese market continues to increase, prices have moved up by 15% on the back of concerns about the size of the crop.

Vietnam has been seeing out of season rains (El Nino) which has resulted in them being unable to dry the raw seed as they normally do. In addition to this, crop in Africa is not coming out as they originally thought (down) and the price of the raw seed has increased by roughly 20%.

India has had a good crop, but due to Covid issues there is a lot of uncertainty about domestic consumption. This is influencing pricing. Indian cashews would generally be sold at a premium to Vietnamese, this premium would be more than 20%, but currently the gap to around 10%.

2020 crop was a record crop for California with approx. 784,000 St. As a result, prices opened very low in some instances, below the cost of production.

Sales have been strong and year on year are up by 14%. Part way through harvest it became evident that the Chandler variety (mainly used for the higher halve counts) was not delivering the yield or quality that they had hoped for. This meant that prices increased very quickly by around 20%.

Many packers remain ‘’well sold’’ and are therefore off the market; forward offers are very limited. 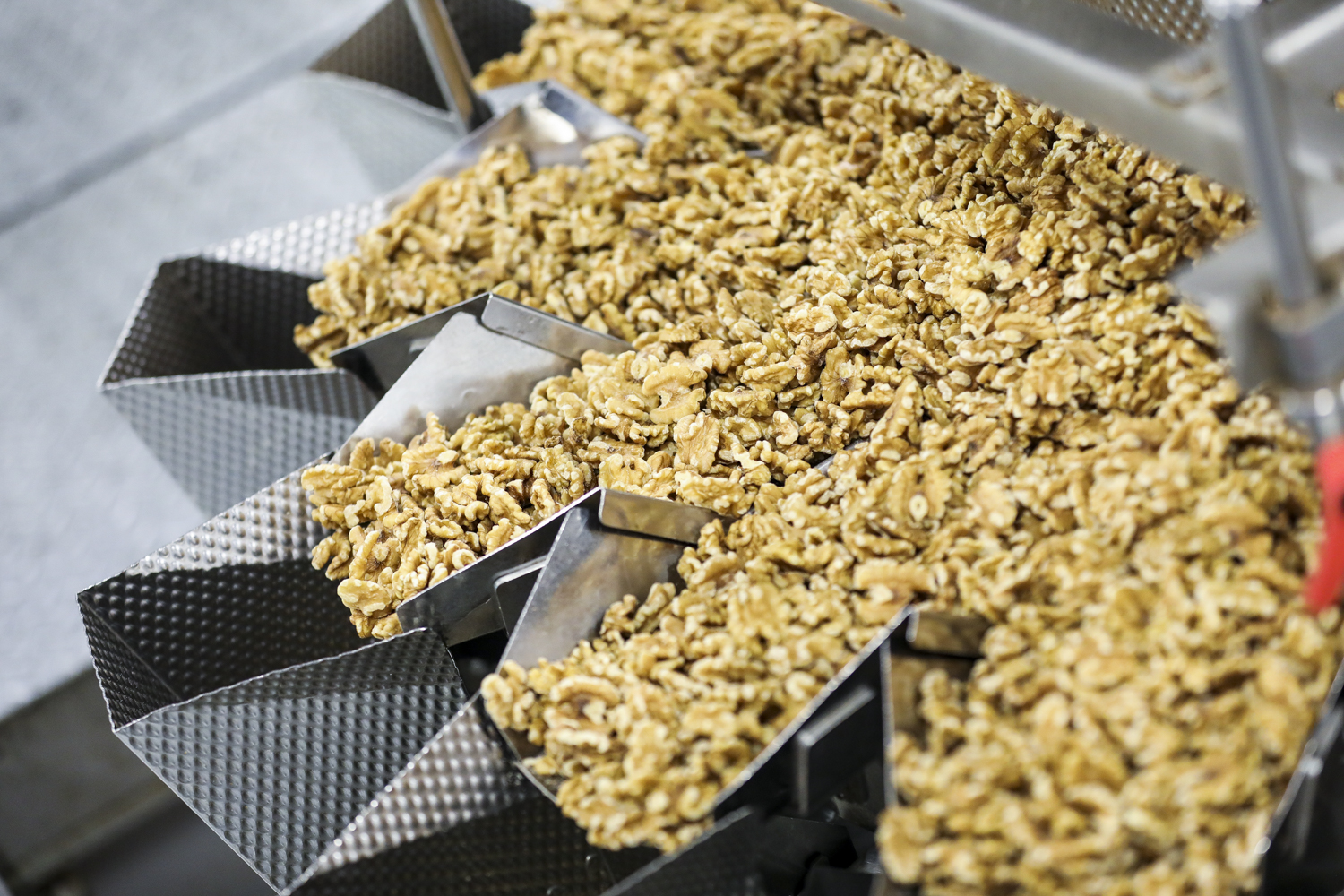 Unlike their friends the almond, walnuts do not need as much water, so the development of crops are not hindered as much. It does not bloom like the almond crop and is not reliant on bees to pollenate the trees, bloom is later than almond so it shouldn’t be effected as much by frost, but news is coming out of California that trees have been damaged by a frost that hit orchards in November 2020 (after 2020 harvest) that they are only now seeing the potential impact.

Because of the low pricing for walnuts and the rising price of water, some growers are thought to have left their orchards dry after the harvest, whilst others will have flooded them. The flooding does to a certain extent protect the trees from the frost, and now that the Catkins are out on the trees the farmers can see the damage that has been done. Some are saying that the 2021 crop will be no greater than 700,000 St whilst one or two others are suggesting that all is not lost, that walnut trees can produce a second leaf below the catkin which can deliver a walnut. Today, the only thing we can say for sure is that walnut pricing will be higher than 2020 but by how much we do not know.

Chile has produced a good crop, roughly 150,000 Mt (last year 135,000) and is slowly finding its feet. Pricing is approx. 10-15% higher than current Californian prices and once news reaches Chile of the potential damage in California, prices are likely to remain firm.

This on year crop receipts have topped the 1 billion lbs level for the first time. Unlike almonds, with pistachio the shell forms first, then the kernel grows, so until they harvest, they don’t really know the true size of the crop. 2021 is going to be an off year and the industry thinks the crop will more than likely be around 850 million lbs.

Sales have been strong, and shipments are up year to date by 11%. Until recently, pricing has remained firm but stable. Over the past few weeks news has come out of Iran (second largest grower) that frost has damaged their 2021 crop and it is thought that up to 50% of the crop will be lost.

California has reacted to this and, on the back of renewed interest from China and Europe, have started to push prices up

The market is moving upwards due to the lack of good quality inventory to produce the half counts that are required.

Prices have increased since the beginning of the season by roughly 10% and don’t show any signs of easing.

China is back in the market for inshell and this is putting added pressure on the remaining inventory.

China is currently on holiday, celebrating its Dragon festival.

Until now the borders with Korea have remained closed and very little raw material has found its way into the hands of the Chinese processors, but over the last week or so processors are starting to gather stocks as more raw material enters the market.

As a result, prices for the Koraiensis variety (the larger pine nuts) have fallen by around 15- 20%.